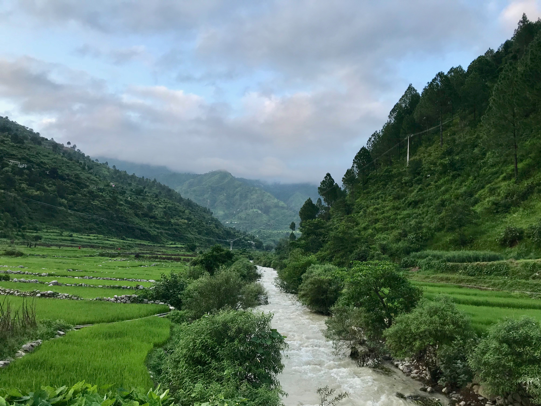 I am grateful for the South Asia Studies Program Research Travel Award for 2018 for making it possible to conduct my preliminary PhD fieldwork. In the lieu of conducting my preliminary summer fieldwork I visited the state of Uttarakhand in India and stayed there for three weeks. My PhD project is trying to look at the forms of contestations and resistance to State led policies towards traditional agricultural practices in Jardhargaonand Chambadistrict. I am focusing on ‘Baranaja’ (Twelve Grains)  – a traditional multi-cropping agro-ecological practice in the rainfed Garhwal region. This cropping system provides wide-ranging food options (cereals, pulses, oil, spices), crop production not only limited to one season and significantly meets food and nutritional security of farming families and their cattle. The local seed banks operated by the farmers play a vital role in the existence of this particular farming practice. In the recent past though, the state government has acknowledged ‘Baranaja’ as a “sustainable” agricultural practice and is introducing various programs and policies to facilitate administrative control over the functioning of local seed banks. Such initiatives have induced anxieties among local farmers as the autonomy over access to the seed banks and the local discourse over sustainable agriculture are left entirely to the state’s discretion.

During my preliminary field visit to Jardhargaonand Chambadistrict in July, 2018, I interacted with local farmers and Beej Bachao Andolan (Save the Seed Movement – a local social movement to preserve traditional farming) activists who not only voiced distrust in state led agro-ecological policies, but also expressed disagreement with the way local government is restructuring narratives and access around seed banks. The methodology for my preliminary research included — semi-structured interviews with local farmers, activists, municipal councilors and representatives of village council (Gram Panchayat). The three weeks of stay for the preliminary fieldwork provided a deeper insight into the agro-ecological practices of the farmers, local politics and other socio-political intricacies in Jardhargaon of district Tehri, Uttarakhand.