Srimanta Sankaradeva: the Polymath from India


Contact This email address is being protected from spambots. You need JavaScript enabled to view it. 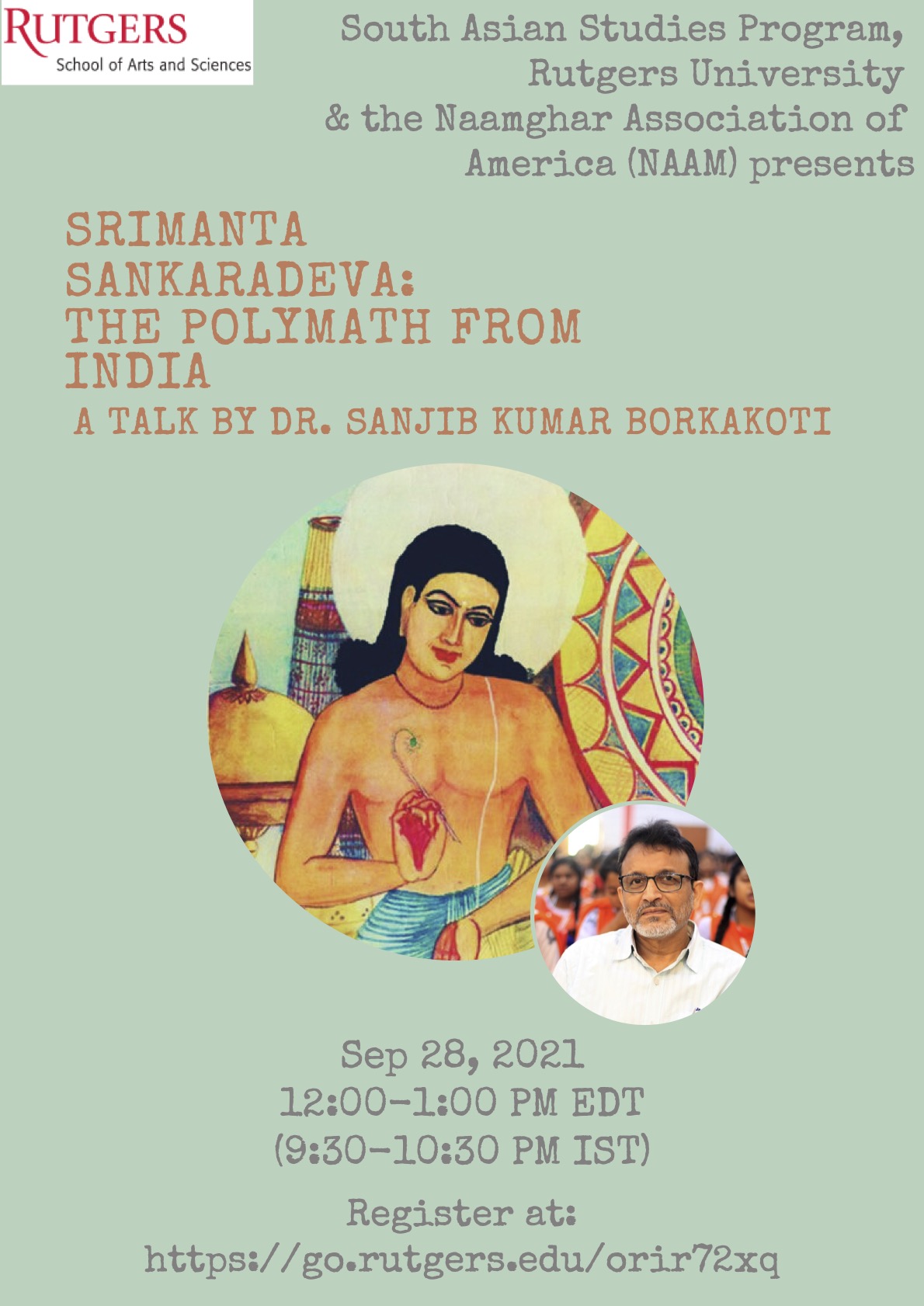 Srimanta Sankaradeva (1449-1568) was a polymath, who contributed to numerous disciplines. He was a social and religious reformer who created a new order called Eka Sarana Nama Dharma. It addressed socio-economic issues in addition to religious ones. He was a great litterateur. Ethics and educational contents constitute a large part of his writings. Untouchability and the Caste system of the Hindu society was done away with in his order. He also removed idolatry (idol worship), which was/is integral to most Hindu sects. Sankaradeva allowed women and people of so-called low caste, entry to Kirttanghar or Namghar, which is the place for gathering and prayer. Education for women and people in the lowest echelon of the society was a clarion call by him. He asked all people to shun violence and asked his followers not to hate non-believers. His vision encompassed the entire humanity and was not restricted to people of any geographical region or cast or creed. Sankaradeva was a family man and eked out his own living, unlike any other Guru (religious leader).

Srimanta Sankaradeva was the first playwright in modern Indian languages and was a pioneer in using cultural tools like plays for proselytizing work. He used language of common people though he was a great Sanskrit scholar. He was pioneer of symbolism, using many metaphors. He was pioneer of feminism as well. He used ethnic ingredients in costumes for characters of his Ankiya (one act) plays. Literary and cultural contributions by him brought all caste groups, all ethnic groups together, thus creating the modern Assamese society. Not surprisingly, Sankaradeva is known as the father of modern Assamese society.

Dr. Sanjib Kumar Borkakoti is an economist by training and a professor in the ADP College in Nagaon, Assam, India. He received his MA from JNU, New Delhi and PhD from Gauhati University, Assam. Dr. Borkakoti has dedicated his research on Assamese hagiographies and has authored more than sixty books on the subject, mostly focusing on Srimanta Sankaradeva, a saint-scholar, poet, playwright, dancer, actor, musician, artist social-religious reformer and a figure of importance in the cultural and religious history of Assam, India. Dr. Borkakoti was awarded the Vaishnavite Literature Award in 2008. He is President of Society for Srimanta Sankaradeva. Additional information is available at www.drsanjib.net.