Across words: The affective politics of learning another('s) language 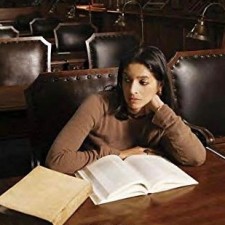 In the past few years several books of extraordinary interest have appeared in the literary and literary critical world, three of them very recently in fact (in 2016), that exemplify as well as explicitly address the phenomenon of learning a language other than one’s own. The writers are preoccupied with the multiple implications--the possibilities, the challenges, the pleasures, the politics, the affective resonances-- of crossing linguistic worlds.  In distinctive ways, each of these works also signals the emergence of the global south as a key site of contemporary cultural production. Asking what it might mean to read these texts together  as a symptom of the times will open up some of the very issues in world literature concerning the ‘decentering of English.’

The texts I have in mind are varied in genre and provenance: Jhumpa Lahiri’s In Other Words(2016), containing the writer’s observations on learning Italian in order to write in it; Mark Sanders’ Learning Zulu: A Secret History of Language in South Africa(2016), an academic work that explores language politics in South Africa through a combination of history, postcolonial theory, psychoanalysis and fragments of autobiography; and Han Kang’s novel The Vegetarian, winner of the first Man Booker International Prize in 2016, translated from the Korean by Deborah Smith. The issues identified by these works, while historically continuous with the colonial past, are also significantly different from the earlier contexts, rationales, and practices of learning a foreign language.

Their concern with the foreignness of language—language perceived as that of an ‘other’  --may be read alongside Derrida’s inquiry into the ownership of language in Monolingualism of the Other (1998).