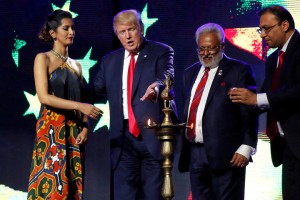 Prema Kurien is Professor and Chair of the sociology department at Syracuse University. She is a prolific scholar of race, religion, and immigration with an emphasis on South Asian Americans. Her latest research examines the ways in which immigrants get civically and politically engaged around community concerns in their new environments. She focuses particularly on how race, religion, and group differences interact with the socio-political structures and cultures of the North American context to impact patterns of activism and advocacy. In addition to her three published books and numerous scholarly articles, Prema is also the founding director of Asian/Asian American studies at Syracuse. She has also recently served as the chair of the American Sociological Association sections on Political Sociology and Asia/Asian Americans. Her talk will draw on her current book project which looks at how race and religion shape the political advocacy of Indian Americans.