Non-Brahmins in late colonial India were concerned that Gandhian self-rule would extend, rather than erase, forms of hierarchy they associated with "Brahminism." The "secular" seemed to offer an instrument to oppose such Brahminism, yet the multiple ways in which "secular" was translated into Tamil by Non-Brahmins reveal levels of political theorizing far beyond simple opposition. This presentation looks at two such translations. I argue that the more common (cultivating scientific reason) was also the most fraught, while the less common (refiguring home life) better captured the goal of Non-Brahmin political theory: self-respect.

Dr. Matthew H. Baxter received his PhD from the Department of Political Science at UC Berkeley in 2013 with a dissertation titled For SubContinental Political Theory: On the Non-Brahmin Self-Respect Critique of Gandhian Self-Rule. He works on questions of comparative political theory, with a particular focus on engagements between Tamil-speaking South India and the wider world as they relate to opportunities for or obstacles to liberation. He is currently a Postdoctoral Fellow in the Center for Cultural Analysis at Rutgers. 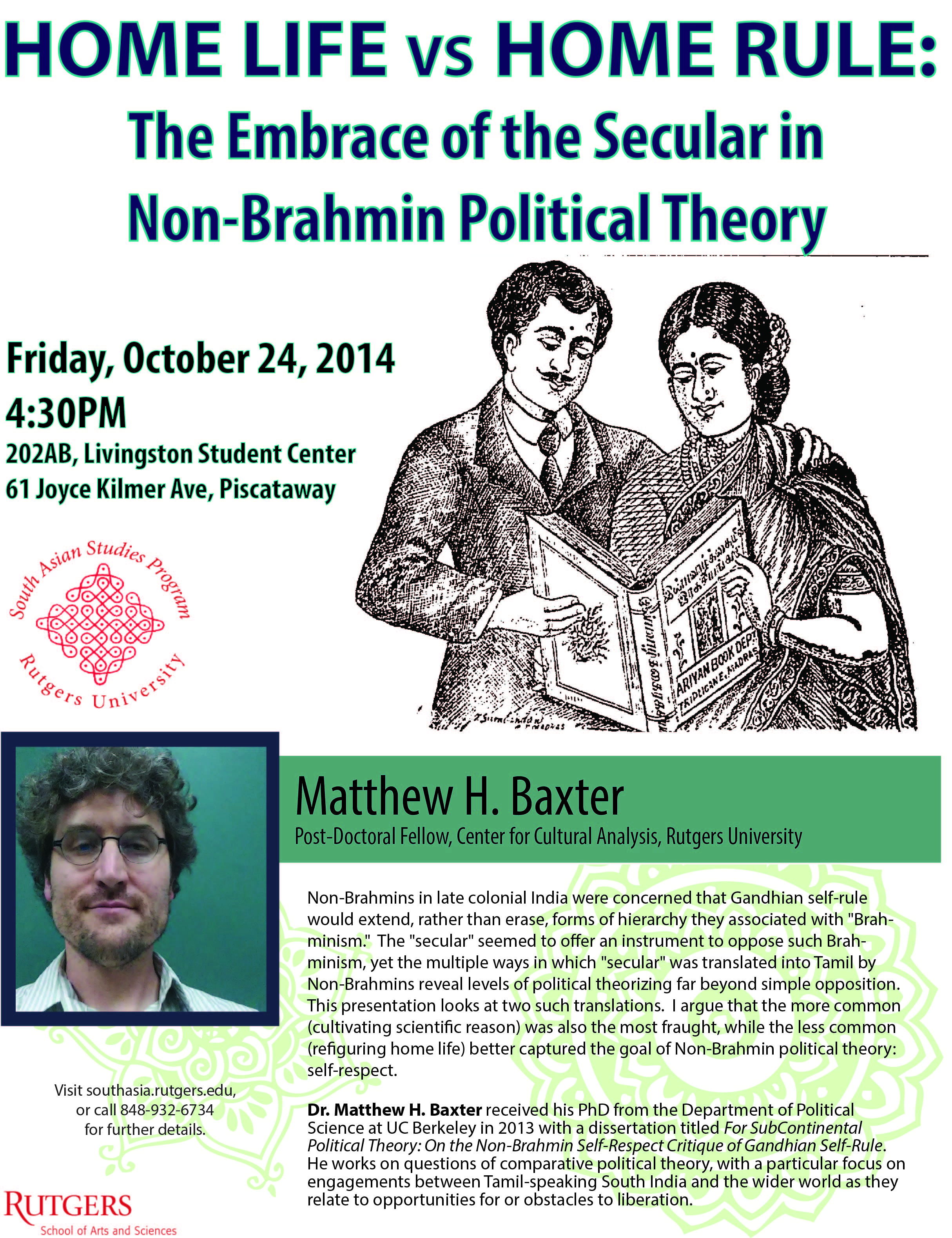